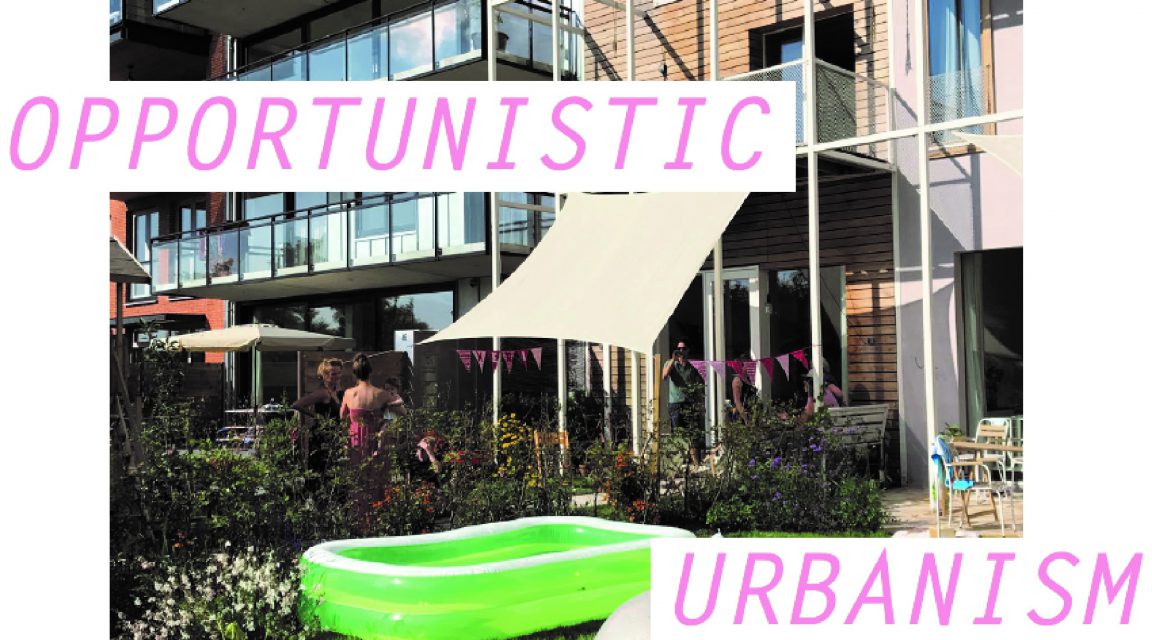 Opportunistic Urbanism is a collaboration between Deltametropolis Association, Melbourne School of Design and TU Delft, as a two way international exchange comparing the city of Melbourne and Southern Randstad.

Opportunistic Urbanism is a studio that has evolved from an ongoing conversation regarding the contrasts evident in the design and development of living and working environments in South Holland and Melbourne. It was developed as a master’s level studio at the Melbourne School of Design and TU Delft, with a two way exchange program for three years. The studio aimed at looking at the contrasts between the two metropolises:  Melbourne, a sprawling monocentric city with a more ‘flexible’ and ‘spontaneous’ city development model, and South Holland (the Southern Randstad), a polycentric urban region (comprising Rotterdam, Delft, the Hague and Leiden) with a state led and ‘well-regulated’ model.

As a collaboration, this cultural exchange aims to explore the outcomes of Melbourne’s dynamic market driven city form, whilst immersing students in the order and rigor of Dutch urban thinking. This new relationship offers an opportunity to explore hybrid urban thinking whilst maintaining a strong local focus in the final design projects.

Students of the program developed multi-scalar individual projects as part of a cumulative body of work, which will feed in to emerging Australian and Dutch research projects. The design thesis is intended to be deployed as a tool for concurrent group and personal research and to expose students to Dutch and Australian ways of thinking, which they can continue to pursue in their future professional and academic pursuits.

Melbourne is the world’s most liveable city and offers a promising example regarding urban development challenges, with less government control and a more flexible planning system. Set within the context of rapid population growth and a strong economy, a dynamic, opportunistic approach to development has emerged. This opportunistic approach leaves space for diverse actors, citizens, designers and entrepreneurs to come up with creative and innovative solutions to meet the challenges that Melbourne and other global metropolises are facing.

By contrast, the Southern Randstad follows a carefully state-led planning and this has led to high quality urban development offering affordable housing to a wide range of the Dutch society. However, during the economic crisis, the role of the central government was challenged allowing more actors to be involved and creating space which led to more experimentation in the urban environment. As the crisis receded, Netherlands is catching up with a bigger need for new affordable housing, closer to the existing cities. The target of one million houses by 2030 poses a great challenge to Southern Randstad, as a quarter of these houses are to be accommodated in the region. However, this challenge could also prove to be a significant opportunity to develop a more dynamic and resilient Dutch metropolis. 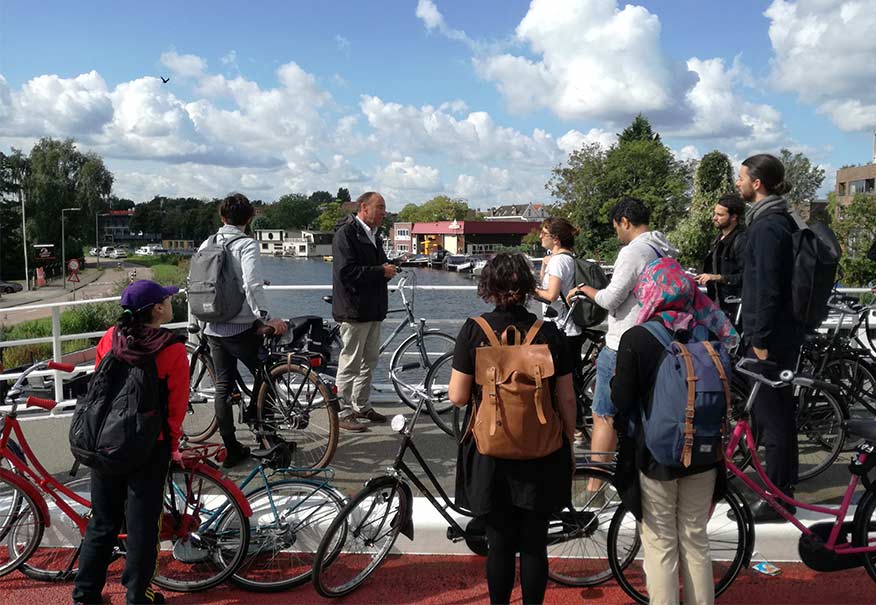 During the two weeks in the Netherlands, students will participate in studio visits, workshops and field trips to exemplary projects by bike, rail and water bus. As this studio is open to both Master of Architecture, Landscape Architecture and Master of Urban Design students, participants may choose to place more emphasis on the city, regional and precinct level strategies, or the design of individual dwellings or building typologies. The projects will focus on housing as the outcomes of the studio are intended to contribute to the MSD Melbourne Housing Expo, promoting new ways of thinking about housing and living environments.

Each year, Vereniging Deltametropool interestingly connected the studios to prominent ongoing projects in the Netherlands with the exchange studios contribution to the larger project. It also made it easier for the students to understand the context more thoroughly and use the analysis to form a base for moving forward with the project.

— 2016: The first in series of the three year exchange programme was organised as part of the ongoing project “Atlas Slimme Verstedelijking” (Atlas Smart Urbanisation), which aimed to look at the underused potential of existing urban areas. The outcomes of the project formed the basis for the master studio at the University of Melbourne.

You can find more in detail about the project “Realising unseen potentials”, here.

— 2017: The second in series of the program aimed at exploring alternative development scenarios for underutilised urban boundaries of Dordrecht and Rotterdam. This was based on the research by Atlas Zyuidelijke Randstad and Maak Plaats.

You can find here more details about the project, “From city to neighbourhood”.

— 2018: The third and final in series of exchange focuses on De Stad Van De Toekomst or ‘City of the Future’ project. The exercise is to explore within a case study 1km x 1km urban block how Dutch cities can rapidly transition their energy, waste and other urban systems as a showcase to meet the challenges of the future.

You can find more about the project and the findings, “Looking towards future” here. 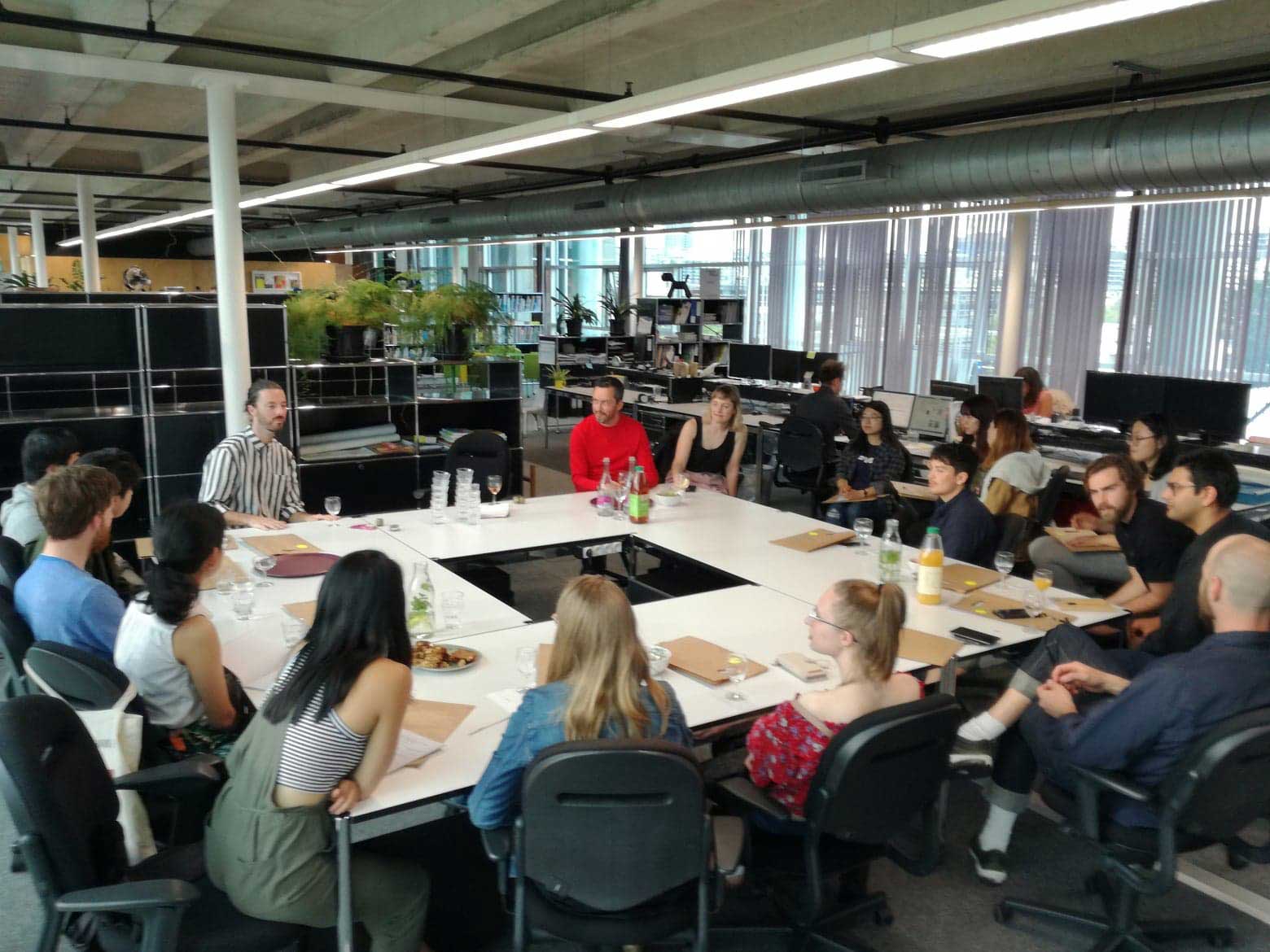 As a closing event of the two-week workshop on Opportunistic Urbanism, with students from Melbourne University and TU Delft along with Deltametropolis Association organises an afternoon in which participants from diverse backgrounds, working in the field of urban development, will exchange their knowledge and experience with international guests. Through presentations, site visits and discussion, we seek answers to the following question:

What are the opportunities and what are the challenges in the Netherlands as well as in Melbourne for a rising model of Opportunistic Urbanisation?

nieuws Opportunistic Urbanism 2016 is the first in the series of the three year program by Deltametropolis Association in partnership with TU Delft and Melbourne school of design, as a two way international

nieuws Opportunistic Urbanism 2017 is the second in the series of the exchange studio between Melbourne and Southern Randstad in partnership with TU Delft and Melbourne School of Design. The program is inten

nieuws Opportunistic Urbanism 2018 is the third and final in the series of exchange between Melbourne School of Design and TU Delft. The final year of the program compares the Melbourne’s dynamic design with