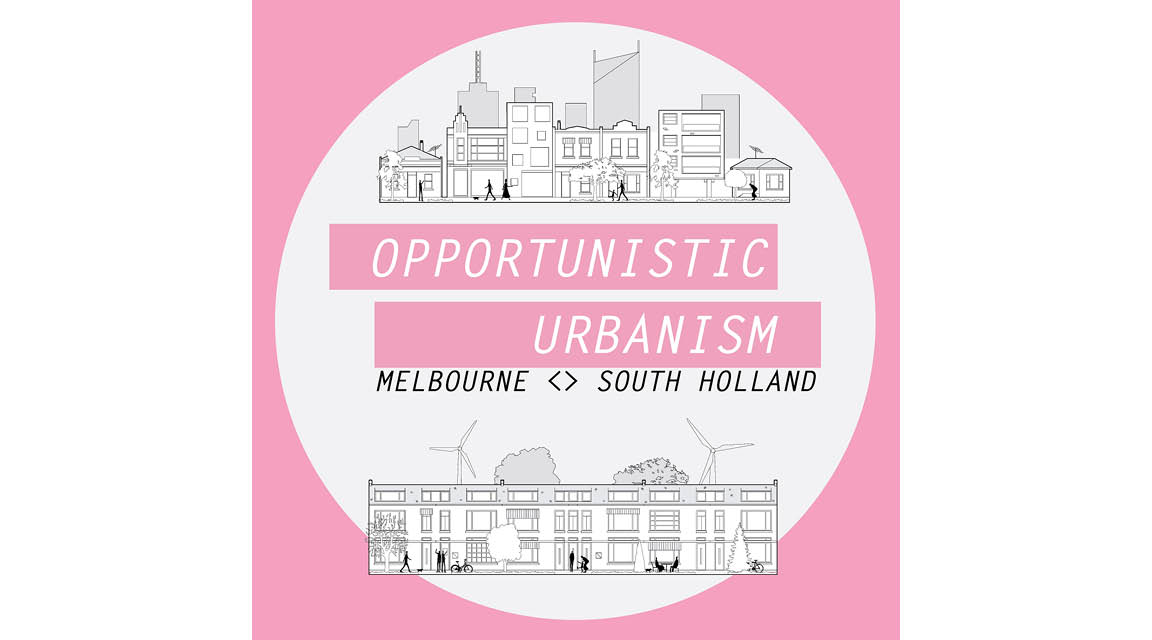 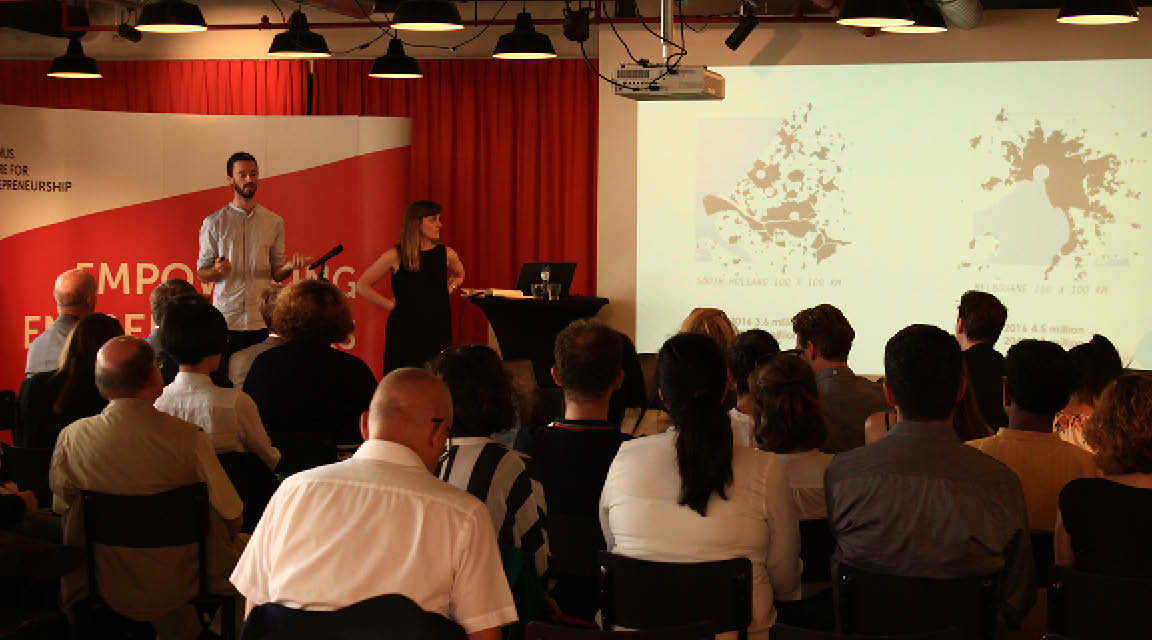 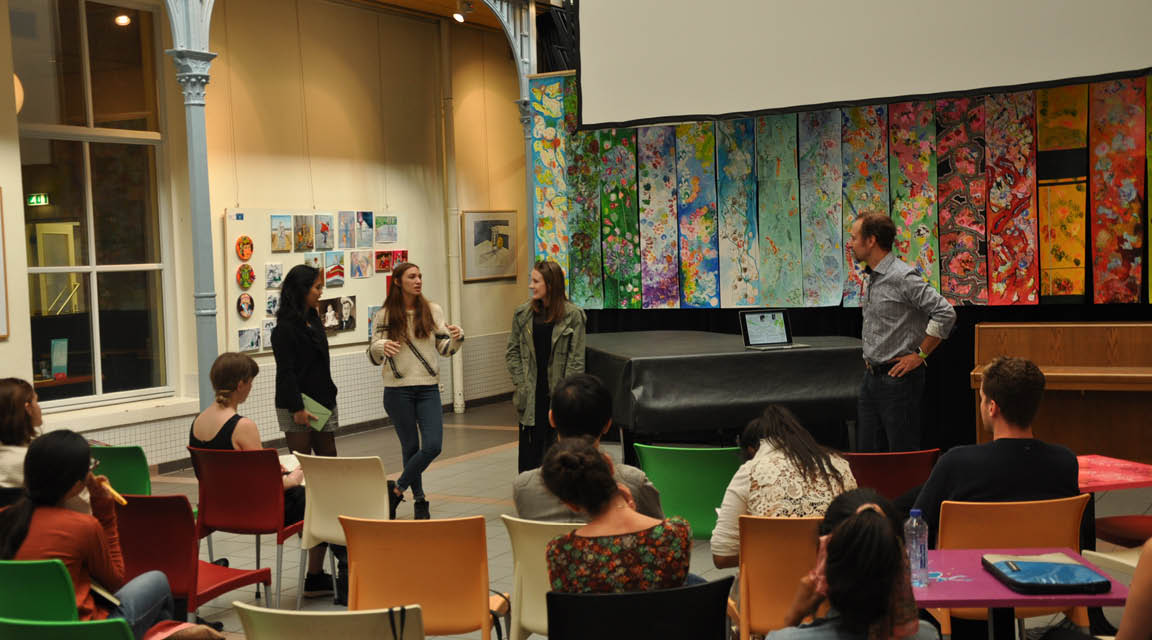 Opportunistic Urbanism 2016 is the first in the series of the three year program by Deltametropolis Association in partnership with TU Delft and Melbourne school of design, as a two way international exchange comparing the city of Melbourne and Southern Randstad.

“Opportunistic Urbanism” is the provocative title of a two-way exchange between two contrasting metropolises: Southern Randstad polycentric urban region and the monocentric, sprawling city of Melbourne. The exchange took place as part of the ongoing project “Atlas Slimme Verstedelijking” (Atlas Smart Urbanisation) which investigates the underused potential that lies in the existing urban areas. The outcome of this project, 6 inventory books that illustrate 3260 locations in the area of Southern Randstad with the possibility for (re-)development, formed the solid basis for the Master studio of Opportunistic Urbanism to take place at the University of Melbourne. 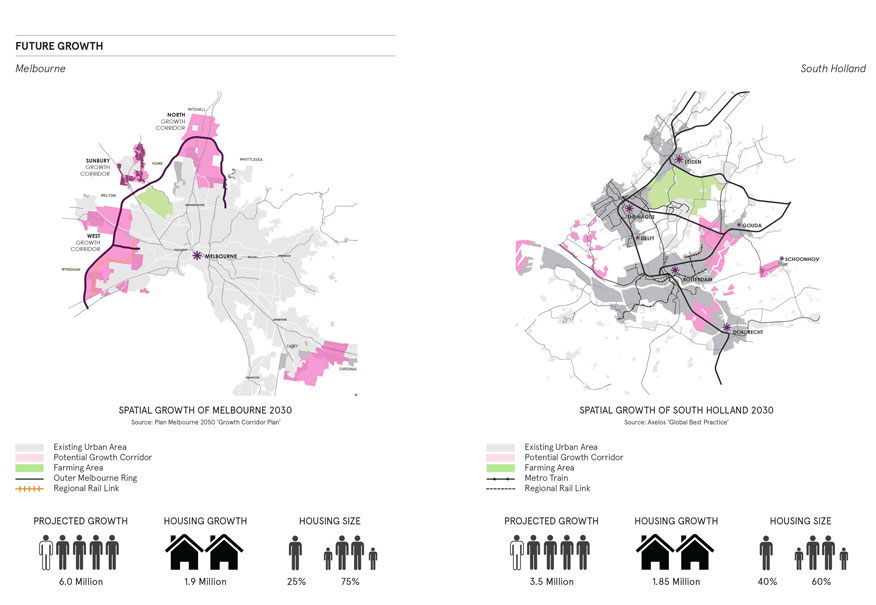 Eleven students from both architectural and urban design backgrounds worked on comparing the true metropolises and understanding the contrasts in planning and development. Their Melbourne experience of a less state-led, more flexible and dynamic housing production serves as a fresh view for evaluating the existing housing stock and exploring new paradigms. During their two-week stay in the Netherlands, the students visited diverse examples of world-known Dutch urbanism in Amsterdam and Rotterdam, they attended workshops with TU Delft professors and collaborated with students from TU Delft and Erasmus University. The studio was led by Katherine Sundermann (MGS Architects) and Andy Fergus (City of Melbourne).

The theme of the studio was : With public and private investment in short supply after the financial crisis, how can we maximize opportunities in the existing, and neglected, urban fabric? 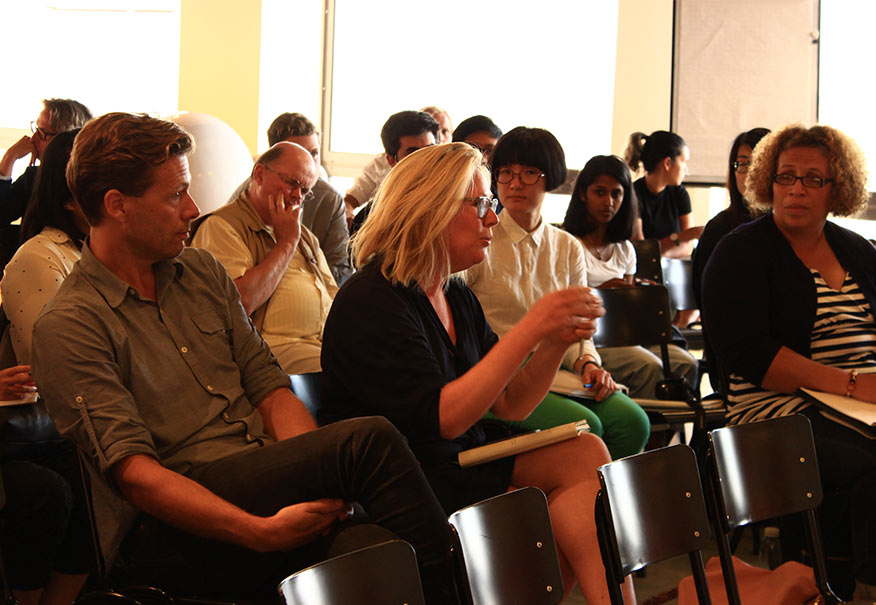 The end debate held on 9th September 2016 at Rotterdam Science Tower, and was led and moderated by the director of Deltametropolis Association, Paul Gerretsen. It was aimed at broadening the discussion and promoting a dialogue among students, academicians, professionals and public authorities regarding the challenges and opportunities that are found in developing the underused space of our cities. The event included presentations from Melbourne experts, contributions from the visiting students and a lively debate with experts from the national government, developers, architecture and from overseas. The visiting students were asked to initiate the debate with a number of provocative questions regarding the Dutch housing environment. Four experts from the field of urban development, Eric van Winsen, Edward van Dongen, Daan Zandbelt, Rory Hyde, also contributed to the debate.