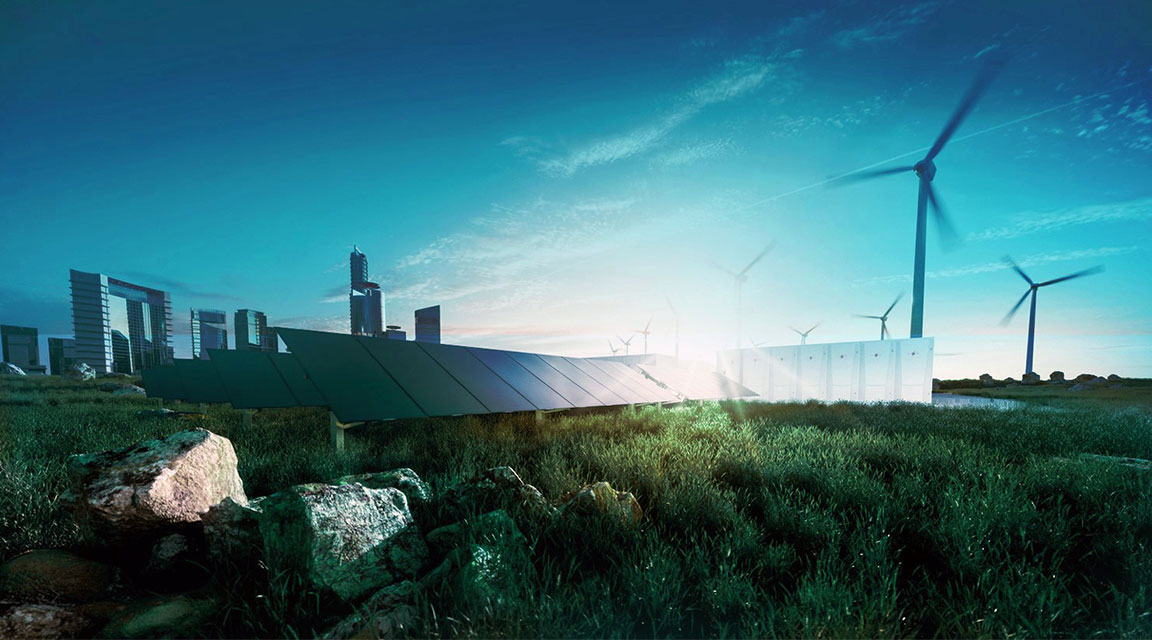 Next Generation Podium for Eurodelta (May 2021). 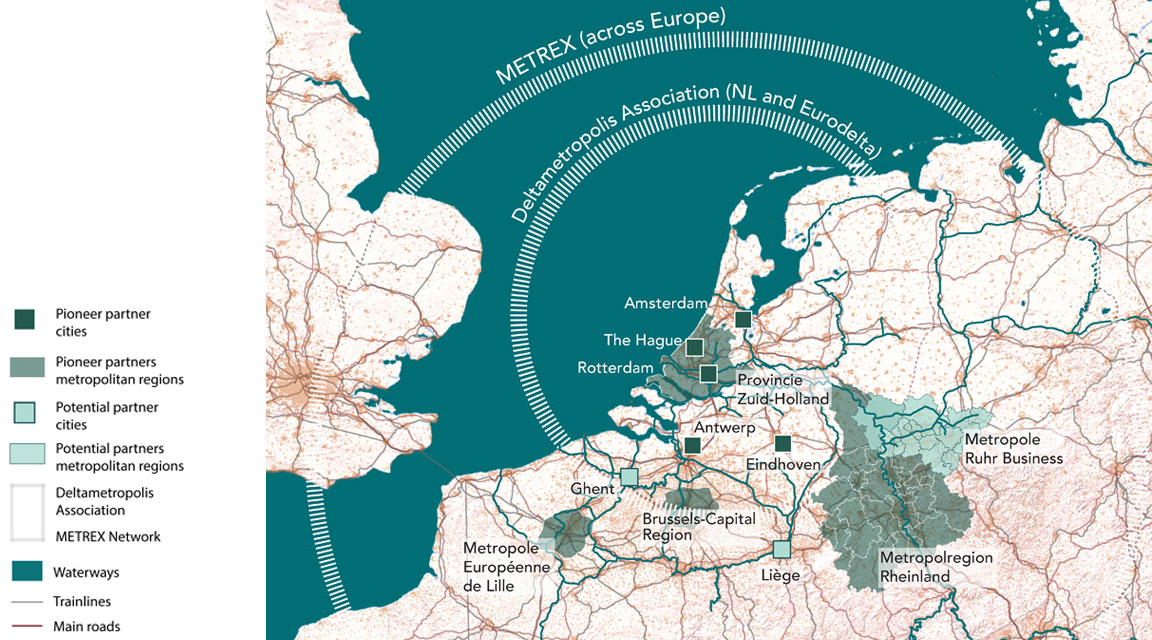 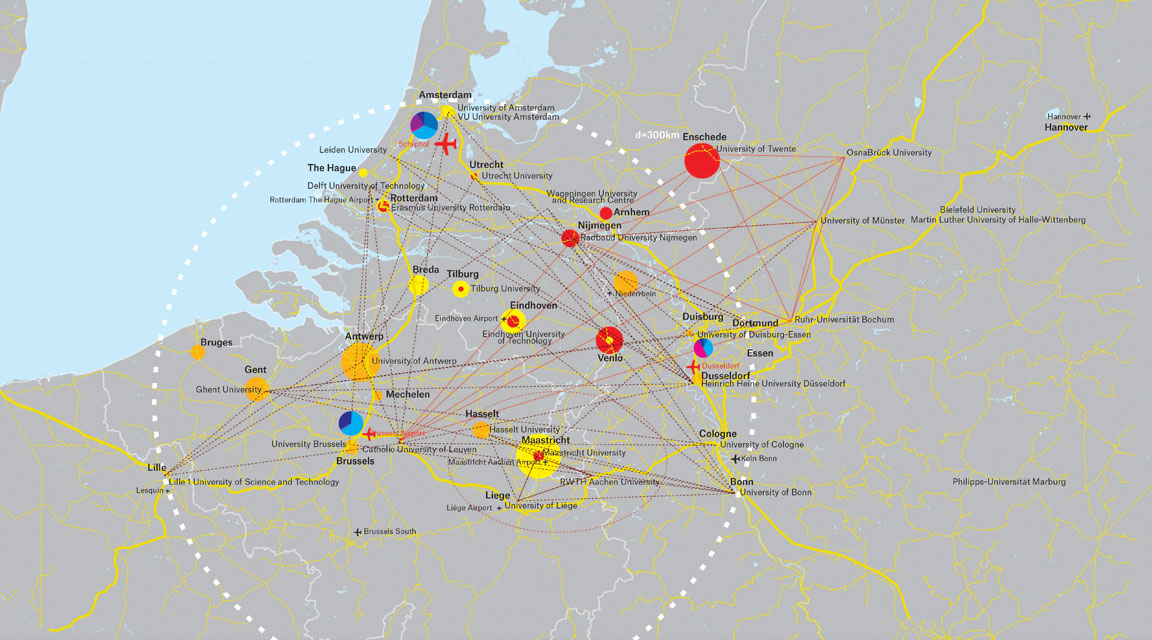 With the goal to establish a Eurodelta Knowledge Platform, within the SURE Network, a pilot program was organised in 2021 to include the young minds in the vision development of the Eurodelta development. With the success of the pilot, we are now in the process of planning the 'Next Generation Podium for Eurodelta 2.0', an online symposium to create a dialogue between experts, practice and academia, from different generations.

This is an INVITATION CALL for all universities, master’s students and young professionals who are interested in contributing to the development of the Eurodelta mega-region. With a strong and successful exchange in May 2021, we are in the process of planning the second edition of the ‘Next Generation Podium for Eurodelta 2.0’, for spring 2022. We would like to invite you to continue to contribute to the development of the Eurodelta megaregion.Contact Alankrita Sarkar, for more details.

Continuing with the goal to establish a knowledge sharing platform within the SURE Network, the second edition of ‘Next Generation Podium’ is being planned for 2-6 May 2022. This symposium aims to bring together a larger audience and expertise than the first edition. In May 2021, the pilot program of Next Generation addressed around 18 universities with complete support from the member cities and regions of the SURE Network. The experts from practice and academia together with the students and young professionals contributed towards the first ideas of a sustainable vision for the Strategic Urban Region of Eurodelta (SURE). With an overall positive response for the ‘Next Generation Podium’, the second edition is being built on the basis set by the pilot program to extend the network and bring in more partners within the megaregion.

The program aims to promote the involvement of the next generation of planners and designers (students and young professionals), while broadening the network of associated universities and research institutions. This will pave the way for bringing in fresh perspectives and ideas that can inspire the actions to address the challenges that the megaregion is facing. With the symposium working closely with the master curriculum and integrating the ideas developed during the program further in their respective studios, we hope to extend this idea and process to many other such programs and incorporate them in a much more impactful way.

With the encouraging and enthusiastic discussion during the 6th SURE Webinar on Informal Planning Procedures and The New Planning Dialogue #8 – Mega-regions, a central idea was built-up along the development of a knowledge platform for the territory of Eurodelta, within the SURE Network. Supporting that idea, a small working group within the SURE Network was created, including City of Amsterdam, City of The Hague, Province South Holland, Vereniging Deltametropool and Cecilia Braun. We initiated the development of a proposal for a half year program including the young minds and out-of-the-box thinking in the Eurodelta development discussion – “Next Generation Podium for SURE-Eurodelta (online symposium week)”.

Why this knowledge platform?

This program urges to include the young generation towards the thinking and development of the spatial-economic vision for SURE-Eurodelta. We foresee this idea and discussion forming a bigger program in future with adding partners and commitments from the universities and research institutes, beginning with the following program as a pilot. With the pilot establishing the base to connect the master studios with practice, and broaden the network of universities, we are now in the process of planning the second edition. This can create an added value of the SURE Network – activating the research/ innovation network to stimulate the “cross-border discussion”.

The SURE Network also intends to coordinate actions in which enthusiastic people to come together to develop innovative solutions for complex spatial problems and learn to tackle the common urban challenges of today (SURE-Eurodelta Roadmap, 2021, p.7).

Role of the network

The first step of this programme is initiated by a small working group within the SURE Network. Whilst, we foresee to include the whole network in the planning of this program in coming months. As a first step we are approaching the SURE Network to review this proposal and add their comments. We expect some concrete contributions from them during the program timeline. This will create a sense of ownership towards for the SURE Network and provide a platform to include the local stakeholders and universities in the program.

The scientific board of SURE network is network of researchers and academicians in development, from the various universities in the territory of Eurodelta. Through the scientific board, the aim is to encourage knowledge sharing, support initiatives from research and academia thus bridging the gap between research and practice. Through the support of the universities in Eurodelta region, the scientific board will help cross border collaboration through supporting and sharing scientific knowledge and collaborating on projects by involving students, researcher and practitioners.

Second edition ‘The Next Generation Podium 2.0’ is being planned as an online working conference.

— Outcome: Online Symposium Week from 2-6 May 2022.
— Aim: Include Next Generation (students, young professionals, recent graduates) in the discussion of the future of Eurodelta.

The pilot program ‘Next Generation Podium for Eurodelta’ was held as a 5 day symposium (May 2021). You can view the student presentations from the event as well as the highlights and presentations from speakers via the links. Get in touch with us if you wish to be a part of it.

A number of universities participated in the pilot symposium and we are now in the process of broadening the network in and around the Eurodelta to build the scientific board and bridge the gap between practice and research.

We wish to carry forward this dialogue with many more universities and knowledge institutions. Feel free to reach out to us if you are interested in being a part of this network and knowledge sharing community with the young planners and designers of tomorrow!

bijeenkomst This is an invitation to the next generation of planners, designers and urban thinkers, universities and research institutes on behalf of the SURE Network, to participate in the development of the Eu

nieuws The Online Symposium Week, 'Next Generation Podium for Eurodelta' explored the future developments for the territory of Eurodelta from the perspectives of the next generation with discussions and insi

nieuws The Next Generation Podium for Eurodelta was successfully held as an online symposium in May 2021 from the SURE Network perspective. With a strong consortia of City of Amsterdam, The Hague, Province o

projecten In the years to come, it is highly foreseeable that we are going to see a shift from air travel to rail in Northwest Europe. How can high speed rail connections for passenger transport in the Eurodelt

projecten Never waste a crisis and we are hopeful that the COVID 19 crisis will push forward the European Green Deal (EGD). However, the proposed deal (December 2019) lacks the needed support for a trans-Europe