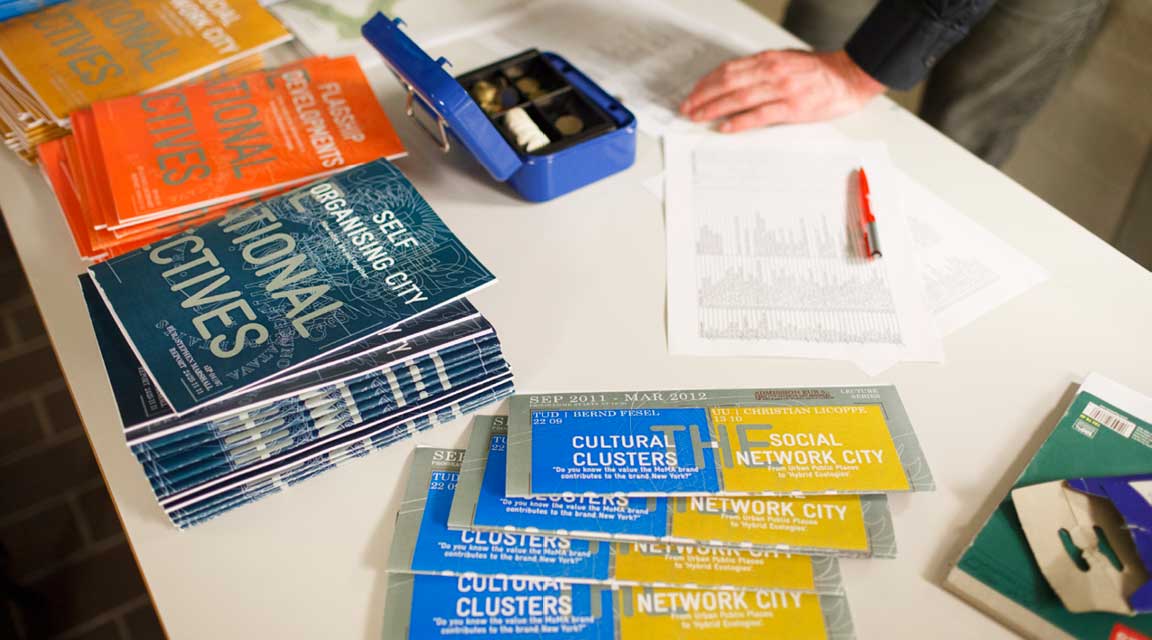 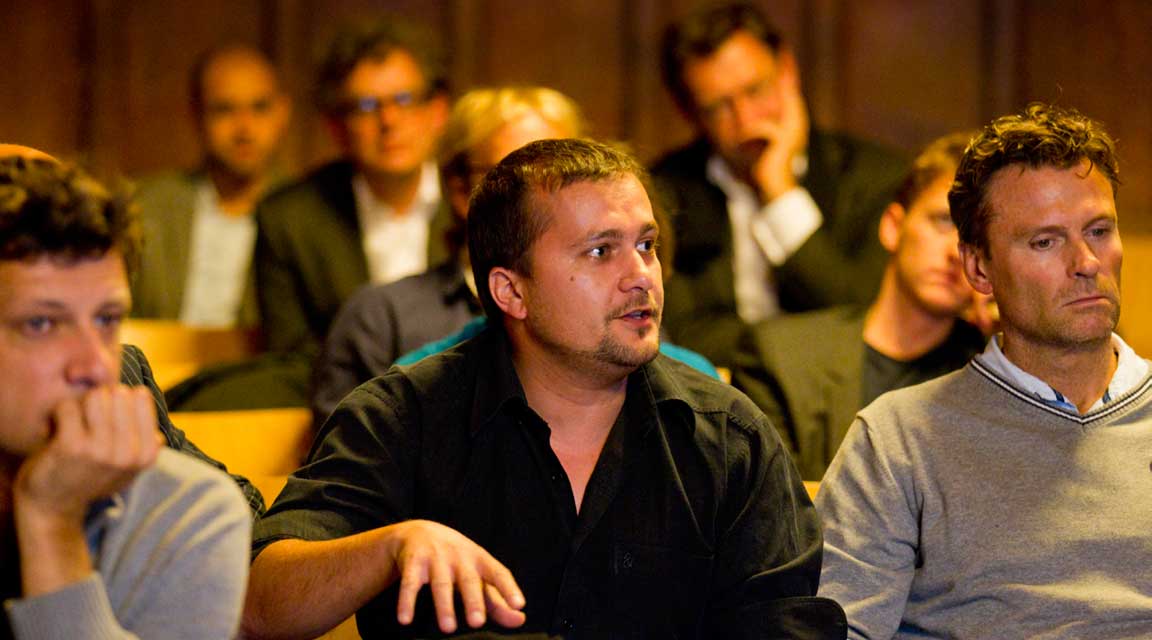 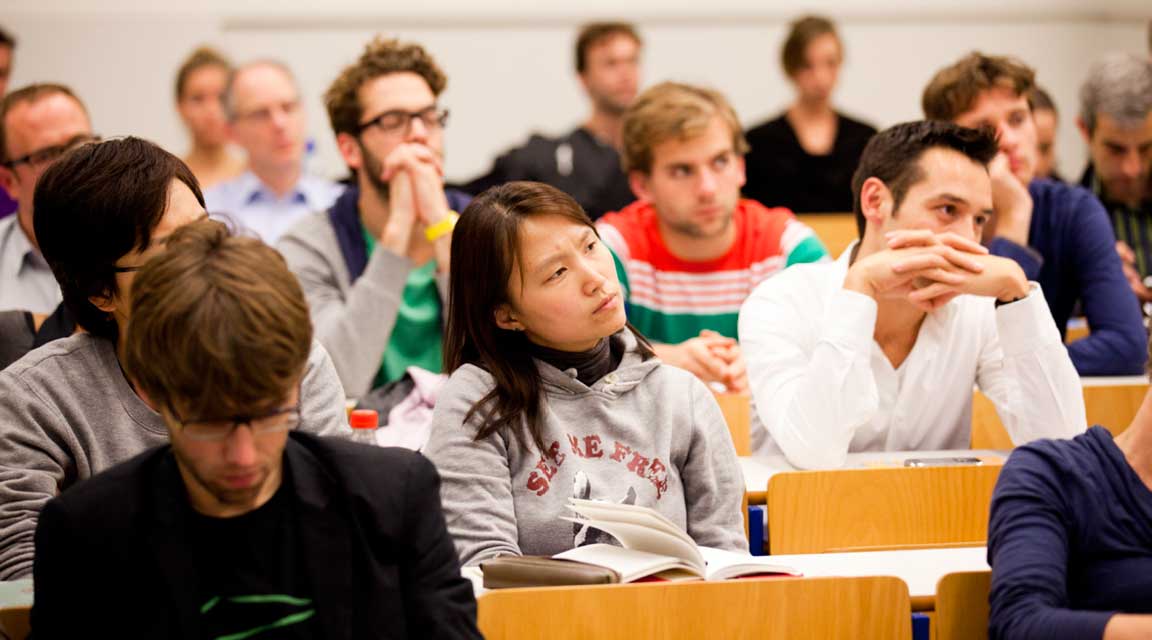 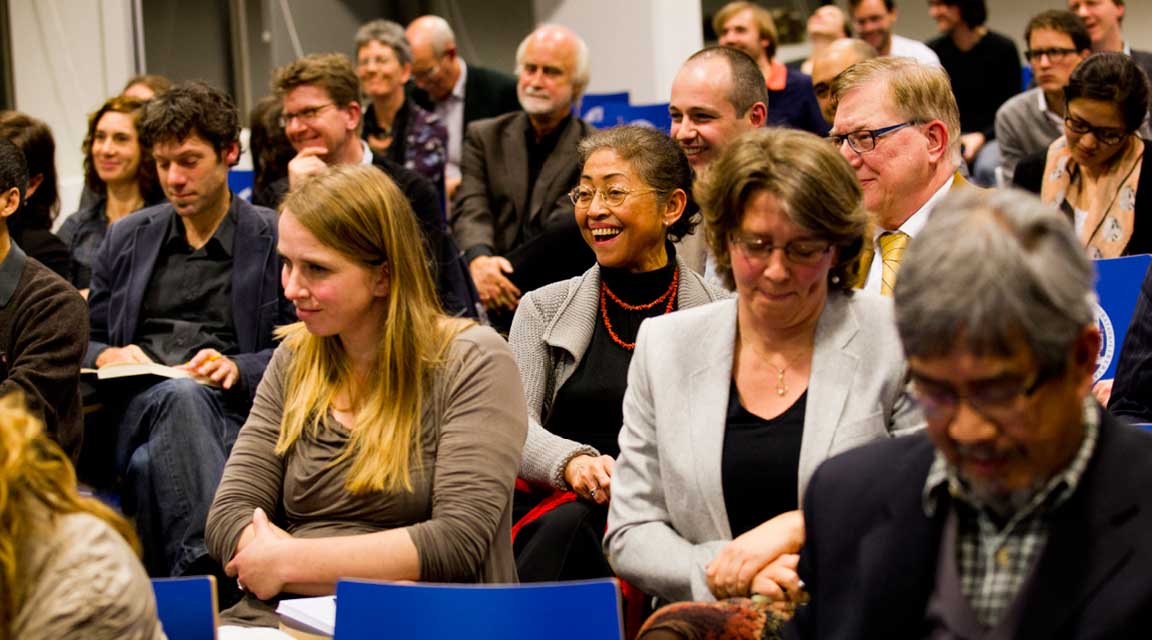 tIP consisted of a series of seven public lectures (in English), with inspiring international speakers, seven private expert meetings and led to a final debate and publication. The series took place from September 2011 to March 2012.

In each of the seven lectures, an international speaker presented how facilities or activities are important to the development of a city or urban area. Following the lecture, peer reviewers assessed and discussed the possibilities of each international perspective for Randstad Holland.

An expert meeting with selected academic, entrepreneurial and governmental guests took place after the lecture. The meeting explored the theme of the lecture in more depth, by examining specific facilities or activities in Randstad Holland. The guest international speaker reflected on the research presented by the hosting university.

Bernd Fesel is the Deputy Director of the European Centre for the Creative Economy (ECCE). This institute came about from the Ruhr European Capital of Culture (ECoC) event in 2o1o, for which Bernd Fesel was the advisor for the Creative Industry. His organisation supports, facilitates and tries to crosslink the creative economies in the Ruhr region, both at a local and regional scale.

“The Cultural Capital allows processes to start which would otherwise be debated for ten years and never come to the point of ‘and now we do it’. So the European Capital of Culture allows you to say ‘if we don’t do it now, we will never do it.” 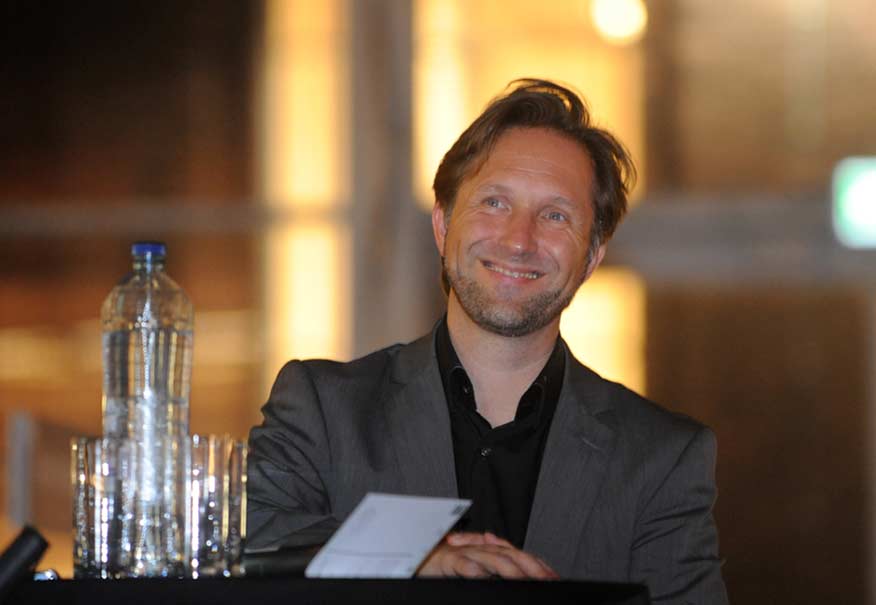 Christian Licoppe is Head of the Social Science Department and Professor of Sociology at Telecom Paris-Tech. Christian Licoppe has been researching the influence and potentials of locative media and games on ‘real’ urban environments. From a sociological standpoint, he has looked at the technological side of urban space, combining ‘real’ versus virtual worlds and seeing whether this combination offers a new way of social interaction. He argues that these new forms of social media can produce new environments of interaction, where urban public places can transform into ‘hybrid ecologies’.

“The research has shown that multiple types of encounter are possible in hybrid ecologies. Digital encounters can take on many different forms in proximity-aware games and these can potentially change behavioural and mobility practices in urban public places. Location clearly has a great influence on the behavioural patterns when it comes to these games, as seen in both the Japan and France cases. The potential of these games can therefore really give us a new understanding of urban surroundings and its use.” 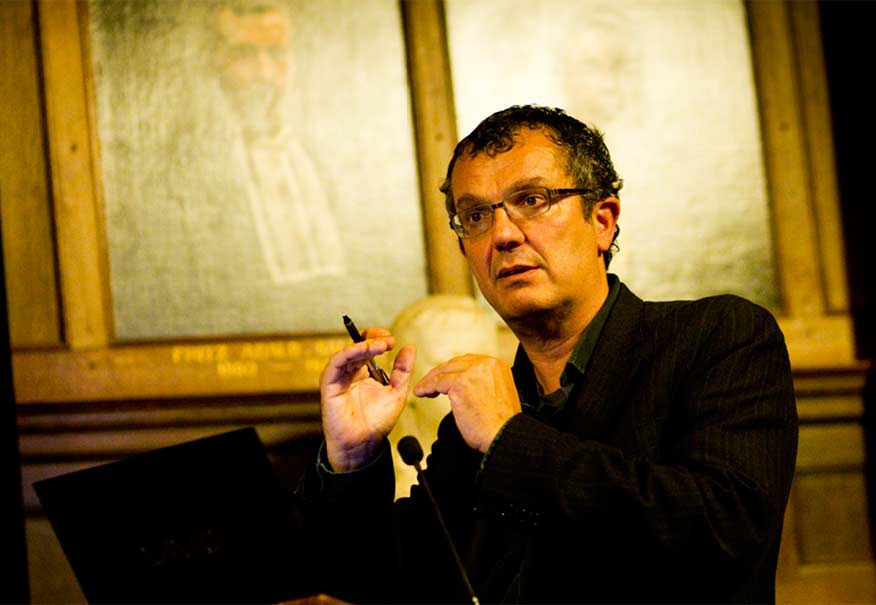 Paul Lecroart is a Senior Urban Planner at the Urban Planning and Development Institute in the Paris Ile-de-France Region, working on various (sub)regional assignments. He studied the impact of major events on world cities and currently researches large scale urban development in 15 different European cities. Paul Lecroart has examined these developments from various perspectives. Firstly, he has looked at how these developments fit into the economic, social, environmental and spatial ambitions of the metropolitan area. Secondly, he has looked at the implementation of these projects: how they are planned, managed and delivered. Finally, he has looked at how a major event can give an impulse to the development of urban areas and the collaboration of various parties at different levels.

“Flagship Developments demonstrate a big symbolic capacity: not just through huge icons and mega events, but also as strong symbols which relate to urban histories. It is therefore important to take the individual identity of cities into account when implementing these type of projects.” 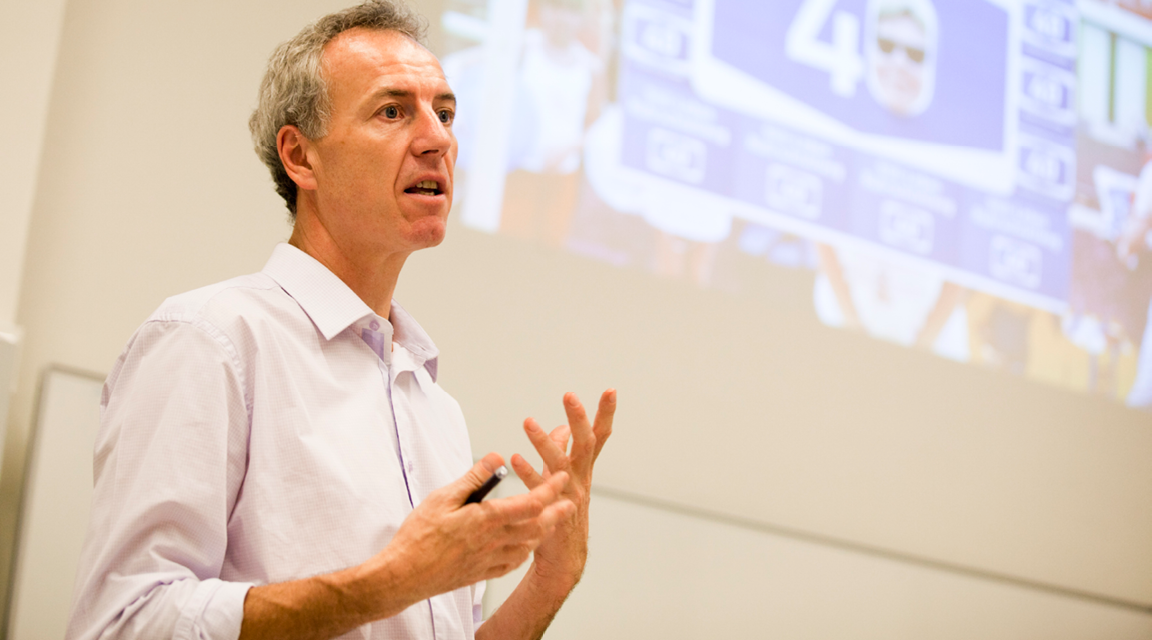 Stephen Marshall is Senior Lecturer in Transport Planning and Urban Design at the Barlett School of Planning, University College of London. In his book ‘Cities, Design and Evolution’ (2oo8), Stephen Marshall has researched how cities are put together: both in terms of how different parts are organised in relation to the whole, and how they are created or evolve over time. The book presents a new evolutionary perspective that recognises both the designed and organic nature of cities.

“It is clear that a strategically planned larger grouping can have positive and negative outcomes. In order to be beneficial, the whole needs to be better than the separate parts. The drawbacks can be that parts may be locally sub-optimal subcomponents of the larger whole. This needs to be overcome to be worthwhile, as there should be enough surplus in the holding parts. These points should be taken into consideration when planning new synergies and collaborative forms and can have resonance for Randstad Holland.” 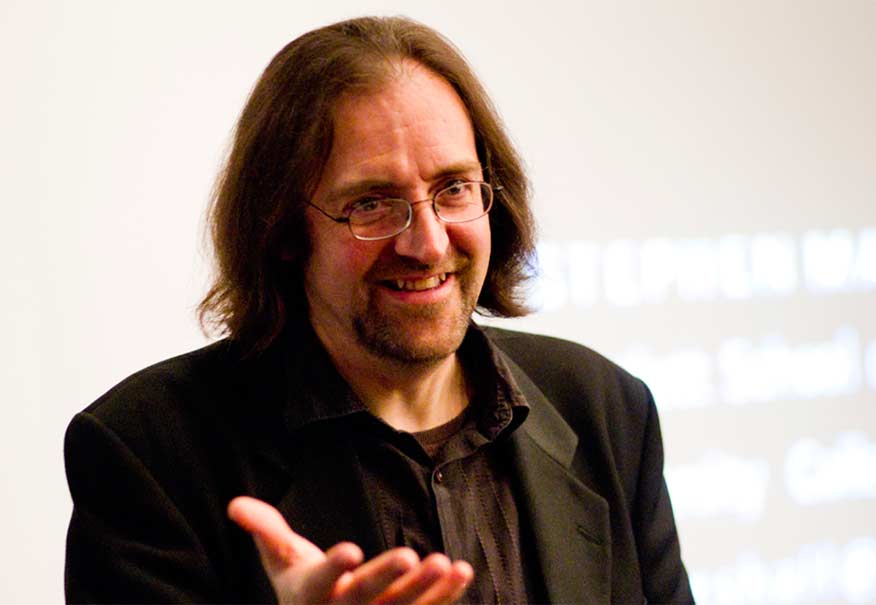 Eric Corijn is Professor of Social and Cultural Geography at the Free University of Brussels (VUB). Besides this, he is also the Director of COSMOPOLIS City, Culture and Society Research Group. In his article ‘Brussels as an international city’, Corijn claims that “a true ‘Capital city’ should be more than the mere location of the power echelons and administrative offices. It should (…) be a place where the global vision is created, produced and represented”. In order to be successful, internationalisation at the top needs to be linked to internationalisation at the bottom. 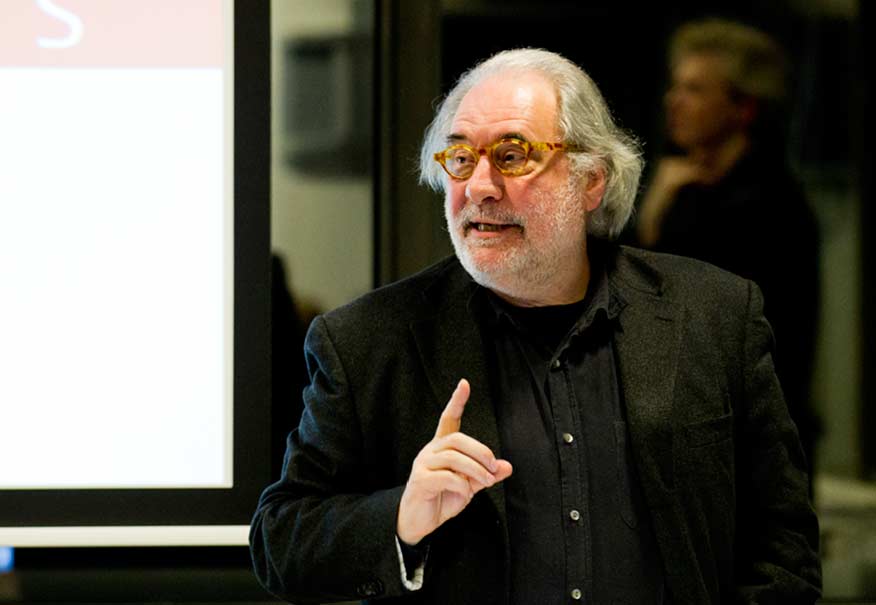 Doug Saunders is Bureau Chief and journalist at The Globe and Mail Europe. Doug Saunders is also the author of the book ‘Arrival City: The Final Migration and Our Next World’ (2010), which has questioned and changed the common views on migration, cities, population growth, foreign aid and politics. He is currently researching the city of Antwerp, with emphasis on the 2060 district, to see how this area functions as an arrival city.

“The arrival city neighbourhoods should not be seen as productions of static people that live in poverty: arrival cities are made up of people moving through the urban neighbourhood in a dotted line formation. Their paths involve blockages and barriers, and with the help of the suggestions and intelligent policy, these can be removed so that these people can continue their trajectory upwards.” 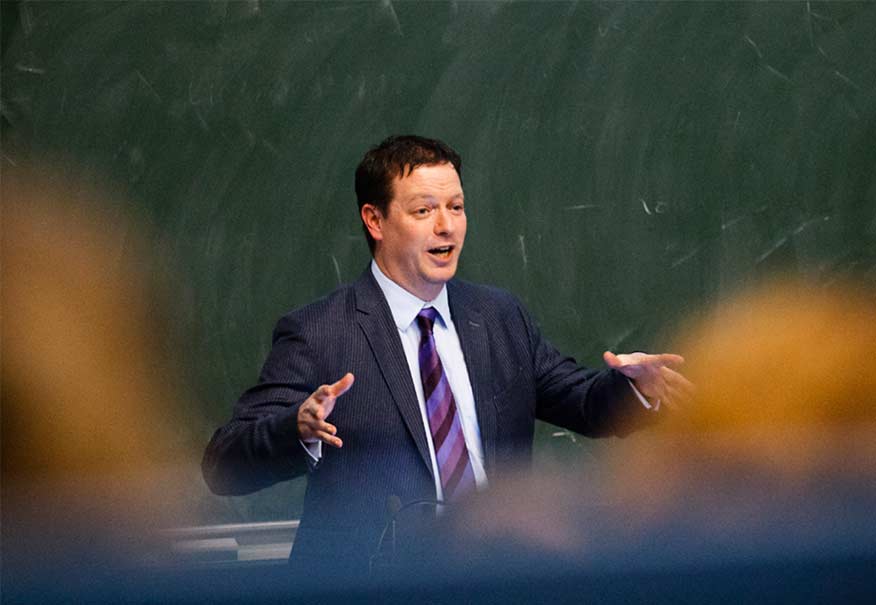 Philip McCann is Professor of Economic Geography at Groningen University and Special Advisor to the European Commissioner for Regional Policy. He has been examining the relationship between education, employment and locality. In his view, higher education can significantly improve life chances, whilst also playing an important employment role in local economies.

“The concepts of place, cities and regions should be taken more seriously in Dutch policies, which need to realise that sectoral problems are not related to place. The role of universities are extremely important in this sense, because they help bridge the gap between the public sector and private sector and between the big companies and small companies.” 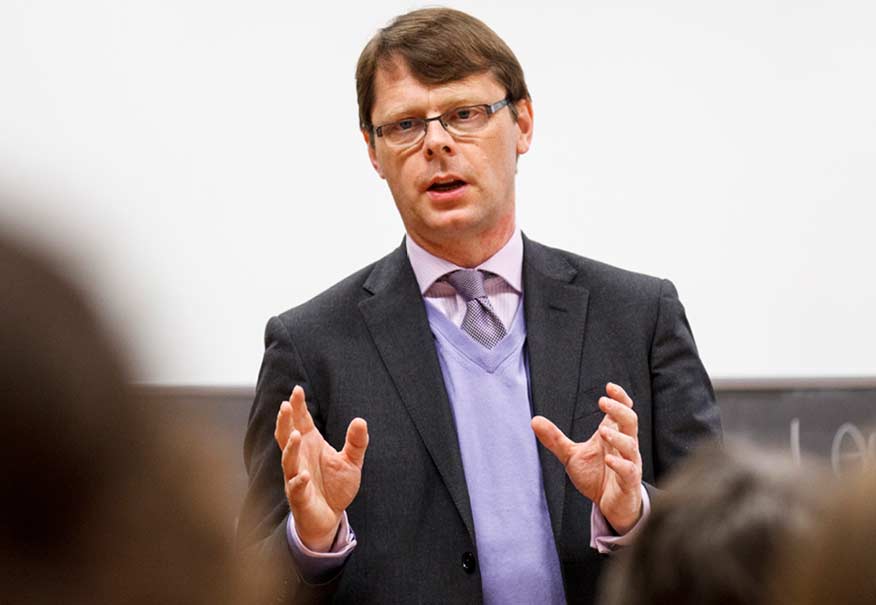 The urbanisation in Randstad Holland has not yet achieved its full potential. Besides the presence of the needed hardware, infrastructures, facilities and open spaces, the tIP final debate aimed to discover what elements are still missing that can push Randstad Holland to become a more successful urbanity. This debate formed the concluding session of the tIP series and took place on March 29th in the Dutch Architectural Institute. 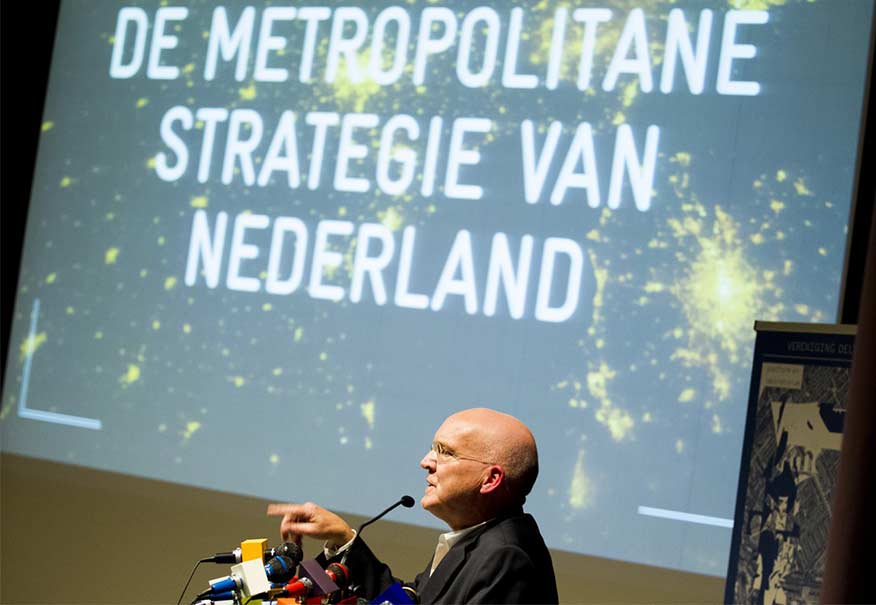 To manage the series of lectures, determine priorities and accomplish a knowledge network, a board of studies was appointed. The board members were: